Researchers are constantly moving in unfamiliar terrain. The chance of failure is omnipresent. If the worst case occurs, the critics from within their own ranks, but also from the media and politics, are usually not far away. Lack of sense of reality, waste of state money and unprofessionalism. Either way, the damning judgments that scientists bring not only to the fame and honor of their life’s work, but also to the vital third-party funds from industry and the public sector, are similar. The increasing time pressure until the completion of a marketable prototype increases the likelihood of suboptimal solutions. At the same time, announcements and visions in the glossy brochures are becoming increasingly daring. What happens if there is an unintentional incident? This does not always have to be a sudden explosion or a convicted plagiarism. In 2008 alone, several scientific events managed to attract unwanted attention:

1. In a magazine of the MaxPlanck Society (see photo) beautiful Chinese characters were used, but their meaning is uncleanly researched. At least the sinologist commissioned by the researchers does not realize that behind the photo from an image archive is the message “Hot Housewives in Action”. (http://www.spiegel.de/wissenschaft/mensch/0,1518,595577,00.html)

2. The Helmholtz Gesellschaft had to hand over responsibility for the Asse mine to the Federal Office for Radiation Protection after it became known that barrels containing radioactive waste were irresponsibly damaged in such a way that they came into contact with the shaft water. (http://www.sueddeutsche.de/politik/957/308899/text/)

3. The construction of the world’s largest particle accelerator at the European Nuclear Research Centre (CERN) caused a worldwide panic. The fear is that the “Large Hadron Collidor” could create a black hole that would ultimately destroy our own planet. ( http://www.heise.de/tp/r4/artikel/27/27624/1.html)

4. In the context of the global financial crisis, the world’s richest university, Harvard, has speculated for at least 8 billion dollars. This is not just about economic loss, but about whether or not Harvard economists will be allowed to retain the authority of definition in their guild in the future. (http://www.handelsblatt.com/politik/international/finanzkrise-kostet-elite-uni-harvard-milliarden;2103216)

Researchers need to take risks. It is not uncommon for them to use their own lives to “serve” humanity. What is decisive, however, is how the institutions manage a crisis that has suddenly occurred and is escalating, or how to anticipate and circumvent it in advance? The public is rarely more gracious to scientists than to failed companies or politicians. Complex cause-and-effect relationships must be answered quickly and unbureaucratically. In its future work, science should therefore answer a number of additional prophylactic questions from crisis management and develop them conceptually:

Are there “should breakpoints” in experiments? What could be the economic costs of a crisis for the institute, including possible liability aspects? Can the safety precautions and quality tests that can be demonstrated and carried out according to human knowledge by means of appropriate documentation? Is there a code of honour for scientific staff and how is it internalized? What “external events” could have an impact on a research project or the current strategic positioning of the institute and its research portfolio? How does the institute management control the scientific quality, economic sustainability and avoidance of immoral behaviors, etc.?

Crises are not a disgrace. Not even for researchers. But they should be seen by science as a necessary exercise, given the ever-increasing haste and global science competition, before it “bangs” again. 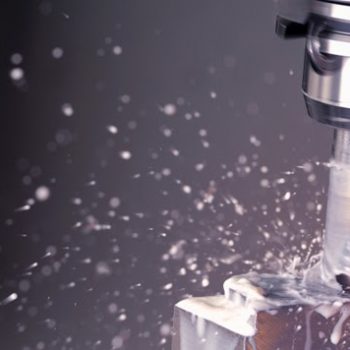