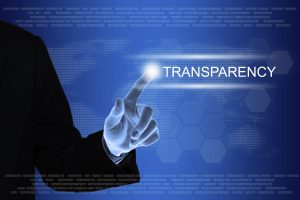 The presumption of innocence of a defendant is one of the fundamental principles of criminal proceedings under the rule of law. With reference to the fundamental right of freedom of the press, we experience daily public prejudgments in the context of court reports. What is the reason for this? In place of unquestionable evidence, many media lay judges are followed by their own laws, which must take into account the basic legal knowledge as well as learned patterns of justice of the mainstream:

It goes without saying that a courtroom cannot and must not be declared a media-free zone. The public is entitled to hear the arguments of both the plaintiff and the defendant party in a timely manner. In doing so, however, the warring parties as well as the media regularly underestimate their responsibilities, which result from their role as a value-free informant as well as that of the neutral observer. Instead of helping the audience to form their own opinions, the expected court ruling is already being delivered. A guilty verdict issued on behalf of the media seems more sustainable than a real-law verdict. While in real life a sentence is time-barred or served at some point, the Internet and the media archives repeatedly remind us of an act and of the appropriate punishment from the point of view of journalists. In fact, this means multiple media condemnation for the same facts.

Classic Litigation-PR tries to avoid a prejudgment and to keep the rumour kitchen in check and thus transport a certain objectivity into the heated mood. This is only legitimate in order to avoid repeated public condemnation. In particular, companies and public figures would therefore do well to explain the circumstances of the crime in a comprehensive, comprehensible and transparent manner to the media in the event of a trial. If you want to win your trial in the virtual media court as a defender, you should above all answer your positions from an ethical perspective and encourage journalists to reconsider existing quick judgments:

Conclusion: Professional litigation PR can only succeed if lawyers and communication experts pull together with their client. The boundary between the real and virtual courtrooms clearly records who has to take the lead in the respective front section. It is crucial that each of the actors agrees on a common process tactic and a related language regulation. At the end of all days, the accused must be ready to present his emotional before the factual necessities of a courtroom. Whether and how this will be achieved will be discussed in future articles.